After recently returning from a trip to Borneo back in May it bought back memories from my MSc trip there in February 2015.

END_OF_DOCUMENT_TOKEN_TO_BE_REPLACED

Something I have always been interested in is wildlife corridors.

With increasing habitat fragmentation there is a higher risk of local extinction and by reconnecting habitats we can maintain ecological processes and allow for migration and genetic mixing, particularly for large wide-ranging species.

The threat of isolating populations vulnerability to stochastic events is increased with habitat fragmentation so it is key we are aware what makes an ideal wildlife corridor for various species.

Using equipment such as camera traps we are able to monitor what species may use a certain corridor and how it can be better managed.

For example, Danau Girang Field Centre in collaboration with Sabah Wildlife Department monitored a particular wildlife corridor that link two forest fragments. They recorded 27 species including some rare individuals such as the Sunda clouded leopard and otter civet. In an area that is heavily fragmented due to oil palm plantations it shows the importance of such linkages.

During my time at Hawaii Institute of Marine Biology volunteering in Gates Lab, I became aware of the threats Coral Reefs pose. With climate change stressors such as increased temperature and ocean acidification, Coral species reach high stress levels, undergo ‘bleaching’ and die as a consequence. These effects are increased by human activities, such as the introduction of new fossil fuels companies, for example the mega coal mines in Queensland, posing even more threats to the renowned Great Barrier Reef. These mines will lead to a significant increase of dredging through the reef as well as pollution, reducing the ability of the reef to cope with the changing ocean conditions. Read more about these issues in The Australian Coral Reef Society (ACRS) report and Guardian news article If these projects go ahead, according to these Australian marine experts, the reef will find it hard to survive the damage. With this in mind, it isn’t surprising that scientists are finding new and unique ways to promote awareness of the reef and gather as much information of the flora and fauna in the reef.

Sea turtles play an important tole in ecosystem structure, as they are highly migratory individuals, the identification of their habitat use patterns would be essential for conservation management, particularly in implementing marine protected areas. This conservation project by WWF Australia involves a GoPro strapped to the back of the turtle, which then was seen to effortlessly swim through the reef. The video was uploaded to the Facebook page on June 25th 2015.

It gave the viewers a new, unique and stunning view of the reef in the absence of human presence. 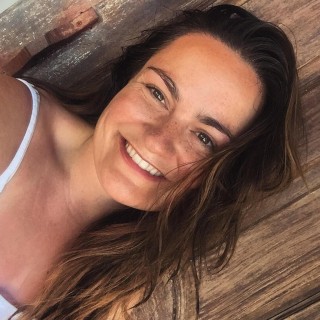